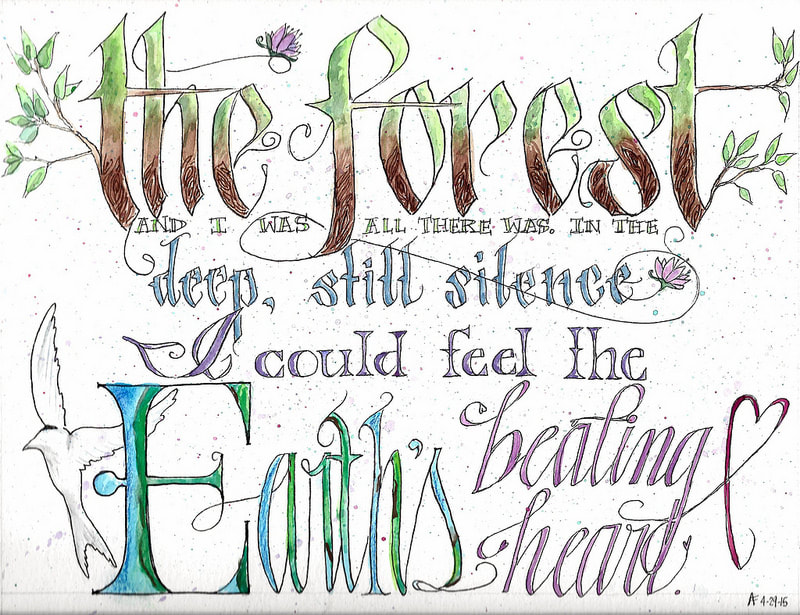 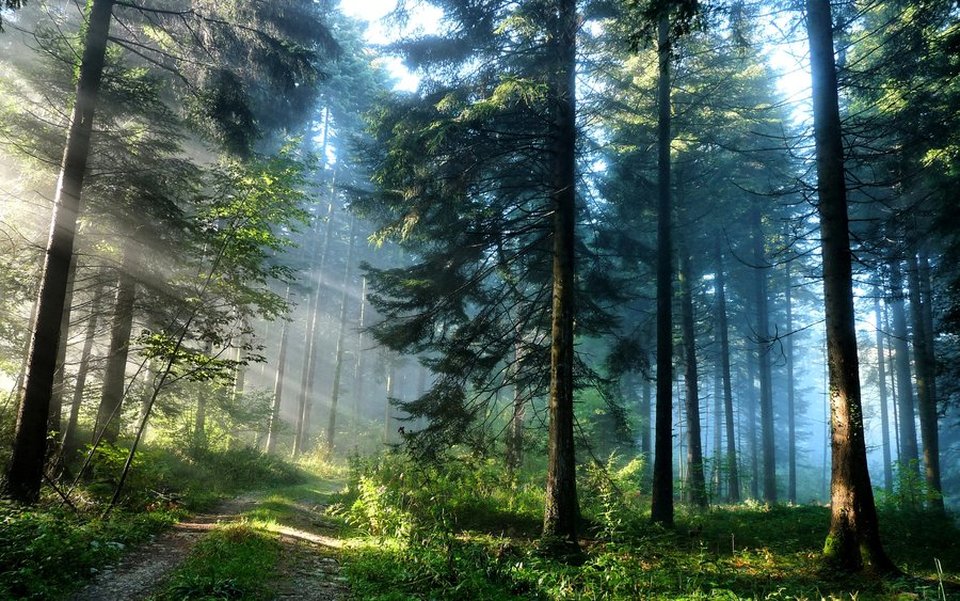 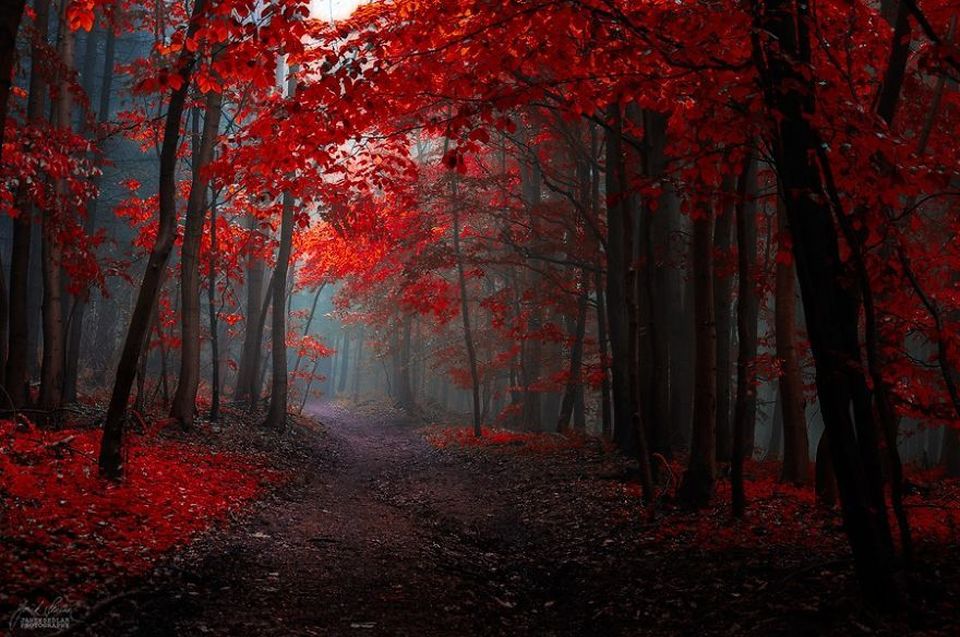 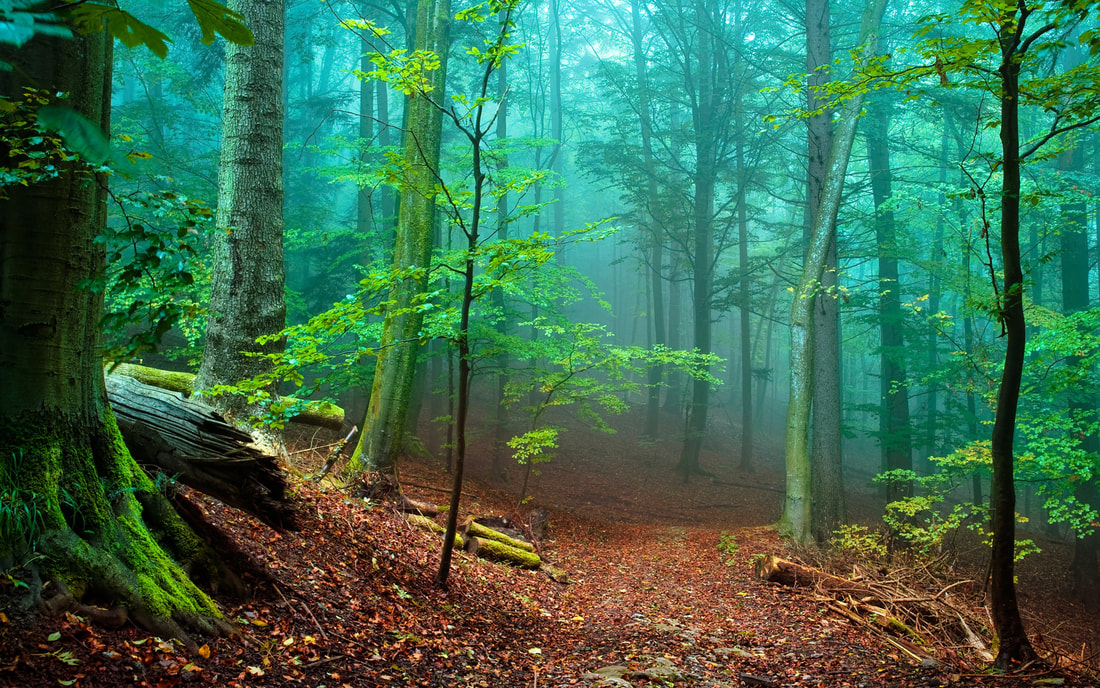 “When we lose these woods, we lose our soul. Not simply as individuals, but as a people.” - Kevin Walker

“Live in each season as it passes; breathe the air, drink the drink, taste the fruit, and resign yourself to the influence of the earth.”
​​- Henry David Thoreau 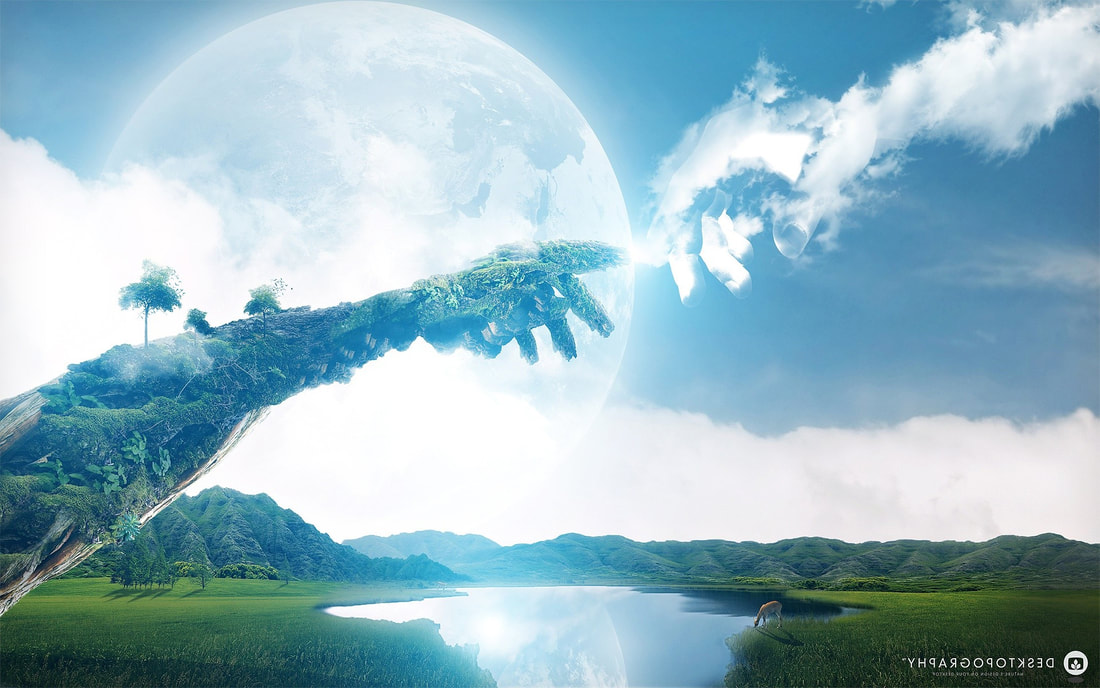 Having experienced cuttlefish from an epicurean standpoint since childhood, what a happy surprise it was to find out how quirky they are; both funny and intelligent (traits usually keeping company — have you noticed?).  There’s always exceptions to the rule in life and, in the oceans, cuttlefish are a rare and delightful type of occupant.  They’re not found in the Americas, but leave it to the West to discover how smart they are and, bizarrely adorable, too!
​
Their sizable brains evolved (they’ve no hard shell for protection) ensuring propagation of the species, but, they are by no means dull!   Cuttlefish are spellbinding — literally.  Big-time entertainers, they treat more challenging prey to impressions of hovering 3-pronged spaceships, while simultaneously projecting a dazzling light show from their skin rivaling a Vegas marquee.  Hypnotized by the undulating looming spectacle, the victim crab or lobster is paralyzed (with awe?) and the flashy fish strikes — dinner and a show!
​...The real “players” utilize their gifts to glide by the others, while appearing non-threatening and therefore much more welcomed by the ladies.  These boys dress in drag.  The smaller males make their skin appear like the females’ and slip by undetected, often, ahem, ‘accepted’ and departing without ever being noticed.  They are 30% more likely to pass their genes along to the next generation than the traditionalists who don’t let their “freak flag fly.”   What a terrific reminder that survival of the fittest also means the smartest.
​

People can resent limitation, but take a lesson from the cuttlefish:  When it isn’t easy you get creative.  Often the most innovative and compelling great works are born of necessity.  Embrace what IS available to you and a whole realm of possibility emerges more effective than if all your dreams were granted and everything handed to you at once.  Propellant moxie goes much further than mere resources alone.  Focusing on what's missing is misplaced energy, for - sometimes the best prayers are unanswered ones - especially when we find out what we’re made of and triumph in the process.
​ 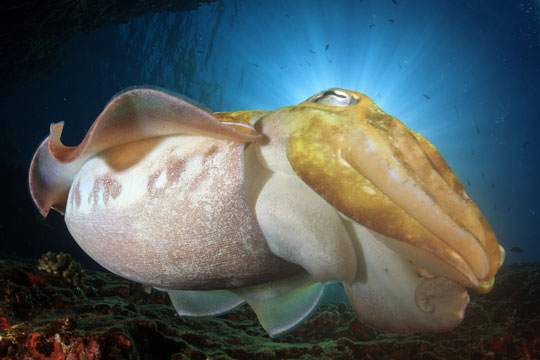 ​Of the millions of eggs destined to be fully grown cuttlefish, only a small percentage will live to light up the oceans or make it to your dinner plate. Ideas are like that: only a few are meant to hatch and grow, even then some won’t make it very far. They’re not meant to... Never feel like a failure because you aren’t as prolific as you desire, or haven’t seen some of your dreams manifest. It’s a numbers game! The more you try, the more you increase the odds something special will be born and flourish — ​and it will. (Sometimes your efforts won't be seen or understood by others. No worries! YOU know the work you're putting in.)
​ 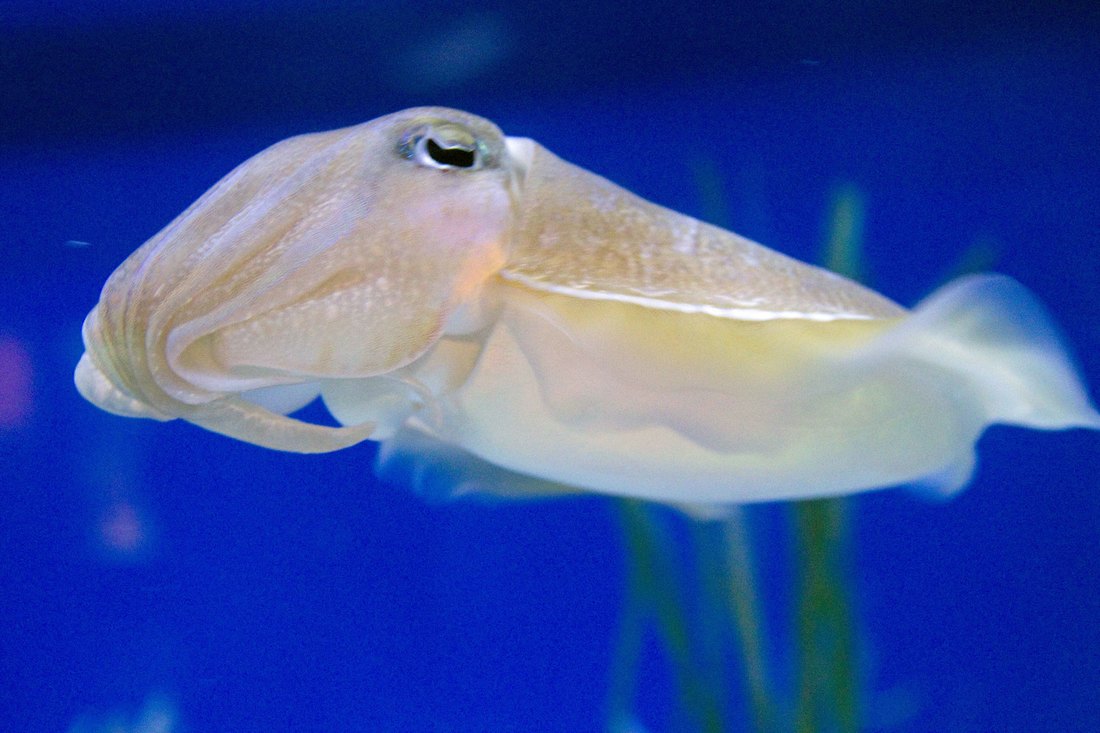 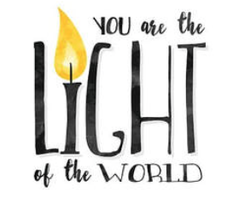 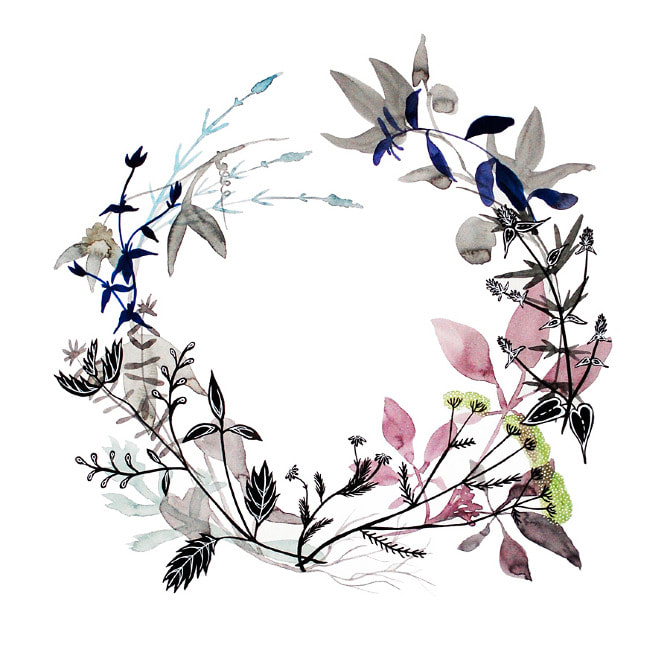 "When all seems lost we find the love of Spirit, then discover Spirit is all that was all along." 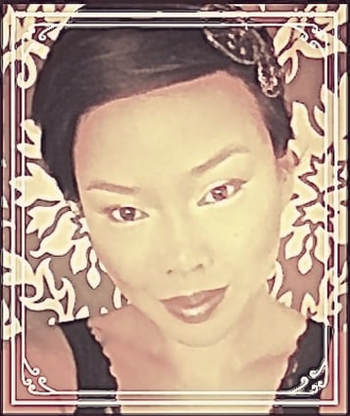 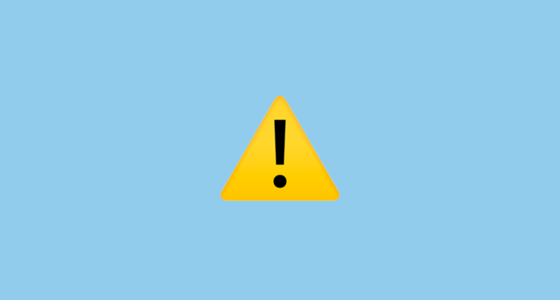 Why is this important? Because even Jesus can't do your part for you. He knew this. He knows this. He wouldn't want to -- why would such a terrific person want to take your opportunity from you? He relied on God (Christ meaning God in man as man) because TMTICJ had doubts he had to wrestle and cast down as well. He knew what was ahead and he knew it wasn't going to be easy. Who would be thrilled about having to die the way he did? Yet, he accepted this path for a very special reason...

But, I won't argue this point b/c if TMTICJ’s message of love remains ignored so people can participate in a pathos/pageant of suffering, then they're certainly not going to listen to little ole' me! However, that is their right and choice, and an understandable one at that: It's easier to identify with a negative. It's much harder to accept that we're powerful beings & co-creators of our lives. For, who then, are we to blame? 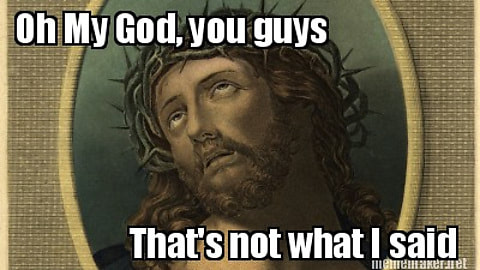 It's also easier to worship someone outside of ourselves and want them to be responsible for us.  Finally, it's especially easy to attempt to control life and our hereafter by creating a simplistic theological loophole.  Way? Truth? Life?  Is Jesus merely a toll collector on the highway to heaven?  Does he stand guard saying, "Believe in me and you get to pass go and collect $200?"   (Seriously -- who would have time for such nonsense?)  When he said, "No one comes to the Father except through me," (which is an interpretation, from at least one other language, of a quotation, from a man who lived, died, then lived again roughly 3-500 years before it was written); do you think he was playing some kind of cosmic Red Rover with your eternal soul?

Could it possibly have meant that he is an example?  That the way to grow is universal though there are many paths?  Could it possibly be that magnanimous, simple, reasonable, or logical?  Yes, yes, 4 times Yes.  Eternal life is already yours.  It's also up to you to make it heavenly -- or let it resemble that OTHER place so famously wielded and hanging like Damocles' sword over the faithful and fear-filled by self-anointed and proclaimed authorities.  ​ 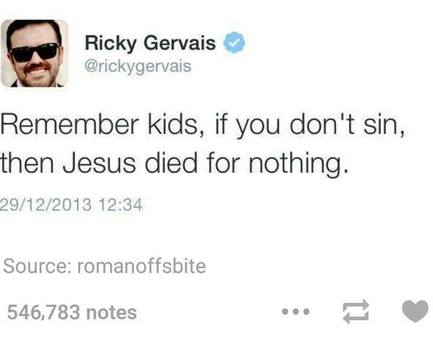 Get this: Jesus did not die for your sins.  He's got nothing to do with your sins.  Your sins are your problem.  TMTICJ knows what sins are -- just stuff for you to fix.  To sin means to "miss the mark."  He just wants you to keep improving your aim in life until you get it right.  Just like he did.

He's the kind of person who thinks, "If I can do it -- anybody can!" and means it.  He never said he was coming back (in his way he never left).  We didn't listen to what he had to say then -- we can't even get that right -- why would he come back just to be ignored all over again?  He's got LOTS of better things to do.  He said what he needed to say and now it's up to us as a culture, a society, a world to implement those words and create heaven right here on Earth.  (BTW, this means you.)

TMTICJ came here to live a perfect life.  People are always misinterpreting his actions according to their level of awareness.  For example, he did NOT get ticked off at the temple.  He took time to braid the whip, while getting mad is quick and out of control.  What he did was deliberate to teach them a lesson.  He was not the Italian depiction, all wussy and sallow looking.  He was vibrant & kicked a--.  He came to bring not peace, but a SWORD!  He came to fight for what was right and he knew he was in for the fight of his life. 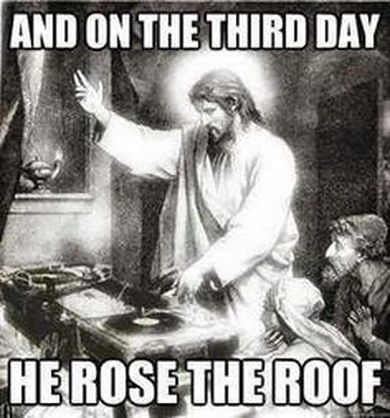 What people don't often realize is that TMTICJ, yes, even he -- especially he -- needed help. Why do you think he went to pray so often? (It wasn't only to get away from the disciples for some "Jesus" time.) He had a mission of such proportions to accomplish that he definitely needed help to do it: We all do. So remember, asking for help and needing help aren't to be ashamed of, but both human AND divine and no great work gets done without it!

Above all, TMTICJ has a terrific sense of humor and would be the first to laugh with Ricky Gervais tweeted: "Remember kids, if you don't sin, then Jesus died for nothing." When you're above it all you can afford to be amused, and when you're living eternally you have all the time in the world to wait for its inhabitants to evolve. Meanwhile, he'll just keep rockin' it like he did in life as we know it; and in the unlimited life he knows now; one we can all look forward to living when we, too, have earned the right to it.